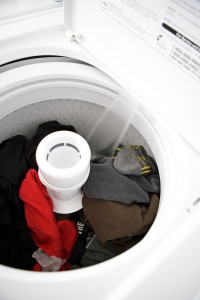 “Snack Laundry Lunch Clean Snack,” was the headline of a recent article in Slate that shared the results of a new study that purported to show what people really do when they work at home. Not surprisingly, the study found that when left to their own devices, most people would rather do laundry than work.

Not exactly, but the study, conducted by Wakefield Research for the IT consulting company Citrix (says the Slate piece), found that “43 percent say they watched TV or a movie while working, 35 percent have done household chores and 28 percent have cooked dinner.”

Well? What’s the problem? If the study asked office workers what they do all day the headline might well be Snack Chat Lunch Facebook/YouTube Snack, oh, and Meeting, Meeting, Meeting.

Telecommuters may put up a load of laundry when they get up from their desks. At the office their colleagues might head to the communal lunchroom to grab a Snapple and one of those stale donuts someone left out from an early morning meeting. Back at their desks, they check Facebook (their feed, their friends’) before getting back into the thick of it. Is that any less productive than sorting lights from darks?

People who work from home get something that they likely don’t find at the office: peace and quiet and the ability to concentrate. Offices can sometimes be disruptive to work. Your presence is required at meetings both scheduled and impromptu. Working at home lets you work on that upper left hand quadrant of Stephen Covey’s priority grid– those non-urgent but utterly important things that often require close attention without distractions and can get your company ahead of the curve. At the office, urgent (and sometimes not important) often comes first.

For those bosses who look askance at telecommunting because they fear employees are watching the final episode of “Lost” for the 12th time, not to worry. Working at home, even for one day a week, will make workers more productive. There’s no commute, so they can get to their desk earlier; fewer distractions so they can get more work done more quickly; and a reason to be productive because if they aren’t, people will notice when they get back to the office.

So before using the Wakefield Research findings to prove that telecommuting is equivalent to another paid vacation day, take a look at how those workers who work from home perform while away from the office. Who cares if they’re at the driving range at 2 p.m.? If the work is getting done – and I bet that it is – it works.