Marketers, since the start of the pandemic, we’ve been enrolled in a masterclass in messaging. Have we been taking notes?

Does anyone remember when, in early March, Queen Elizabeth II calmed a terrified nation by asking Britons to stay home to keep the virus at bay? Around the same time, New Zealand Prime Minister Jacinda Ardern shared her precise plan to pre-empt contagion, then updated her citizens weekly on Facebook, once wearing a sweatshirt after putting her daughter to bed? In Germany, in early April, Chancellor Angela Merkel said, scarily, that 70 percent of Germans could be infected. By mid-summer her approval rating was 70 percent, her highest ever.

Their stories were reassuring because they made people feel like they’re part of a tribe. These leaders followed four pillars of masterful brand messaging:

And, they did one more, important thing: honest about mistakes, they quickly addressed how to correct them.

Of course, there’s the flip side, with horrible consequences.

But if we’ve learned anything, it’s how to earn trust and change behavior by being clear. That lesson matters now more than ever when a new communications challenge looms: convincing a sweep of skeptics to get the COVID-19 vaccine. 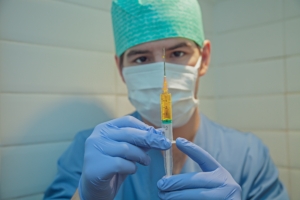 How to convince people to get the vaccine? Meet people where they are.

Again, lessons from the past few months may offer some guidance. The first? If you want to convince someone to do something, it’s important to meet them where they are.

Consider how some countries asked their citizens to help tackle the pandemic. They got creative.

An opinion documentary from The New York Times showed that Vietnam sponsored TikToks of kids dancing to demonstrate the World Health Organization’s handwashing guidelines. In Afghanistan, leaders shared public health information from speakers propped on top of vans after the daily call to prayer. Rwanda used drones that spun over villages to broadcast its “stay safe” instructions.

The video laid out the strategies for success. Messages are Clear. Consistent. Direct. Honest. Posters are colorful, instructions are simple to follow. Staying safe being positioned as a civic duty. The messages are finding people where they are.

Sadly, that wasn’t the case here in the US.

But it’s a good lesson for #communications leaders who want to change behavior.

Are you getting your message out to where your people are in ways you haven’t before? Let me know in the comments.

The Secret Code to Brand Messaging Scroll to top